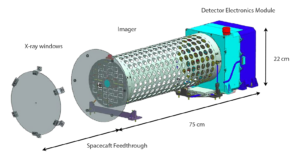 Art of Technology was awarded a contract by the European Space Agency (ESA) for the design, development, production and supply of the Detector Electronics Module (DEM) used in the STIX instrument, a Swiss experiment, funded by the Swiss Space Office and one of ten instruments on-board the Solar Orbiter.

Launched from the Kennedy Space Center in Cape Canaveral on 10th February 2020, Solar Orbiter will travel to within 45 million km of the Sun (¼ of the distance between the Earth and the Sun, closer than any other spacecraft to date allowing a portion of the surface to be observed for longer periods of time without interruption. The Solar Orbiter mission will address the central questions of helio-physics, i.e. how does the Sun create and control the heliosphere?

Developed and built under the leadership of the University of Applied Sciences Northwestern (FHNW), the STIX instrument will provide observations of the sun with unprecedented sharpness and direct measurements of solar winds and charged particles close to their point of origin. The new orbit will allow study of the far side of the Sun that cannot be seen from Earth… and for the first time, the polar regions.

STIX will contribute to understanding the mechanisms behind the acceleration of electrons at the Sun and their transport into the interplanetary space. STIX will also play a key role in linking remote-sensing and in-situ observations on Solar Orbiter with imaging spectroscopy of solar thermal and non-thermal X-ray emissions providing quantitative information on the timing, location, intensity and spectra of accelerated electrons as well as of high temperature thermal plasmas, which are mostly associated with flares or micro-flares in the solar corona and chromosphere.

The STIX instrument is divided into three subsystems operating in two different thermal environments: Feedthrough with two X-ray windows, Grids with aspect system and the Detector Electronics Module (DEM). The Grids and DEM are located inside the spacecraft, while the feedthrough is surrounded by the heat-shield and one of the windows is directly exposed to the Sun. The spacecraft interior temperature is kept at +50°C and -20°C in hot and cold operational modes respectively, while the CdTe detectors located inside the DEM are kept at around -20°C by a cold element provided by the spacecraft. 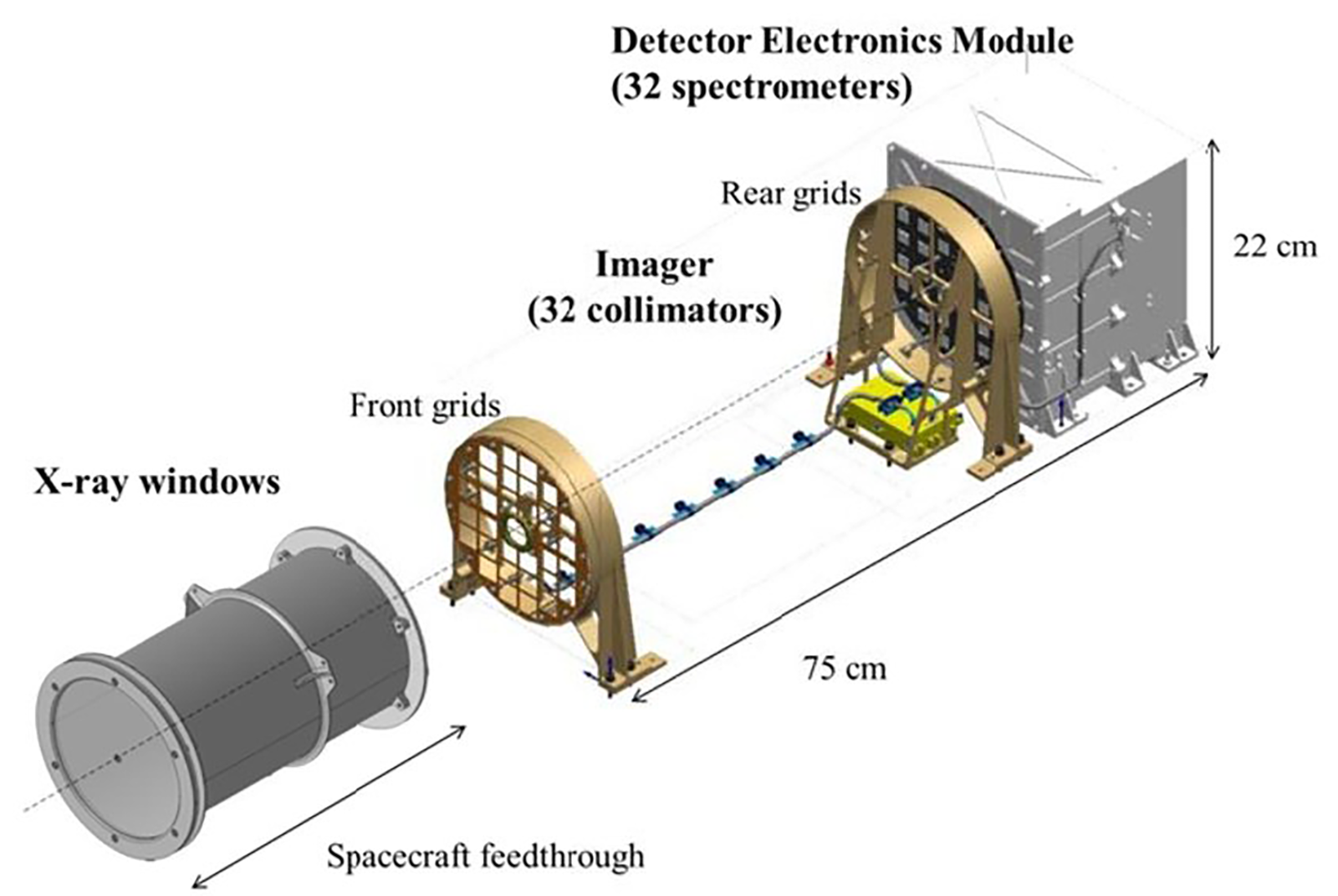 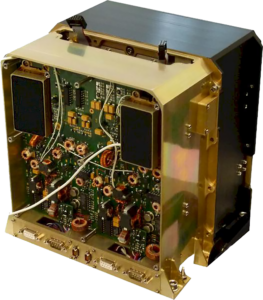 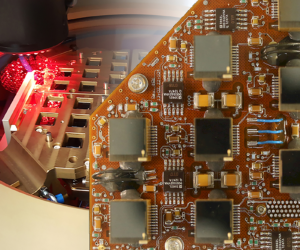 The Detector Electronics Module includes cold electronics with 32 detectors (aligned behind each collimator of the imager to perform photon-counting and spectroscopy in the hard X-ray range, as well as analogue buffers, filters and temperature sensors) connected to a cold element at −20°C, and warm front-end electronics (including analogue-to-digital converters, voltage regulators, test pulse generator, filters) possibly at +50°C. 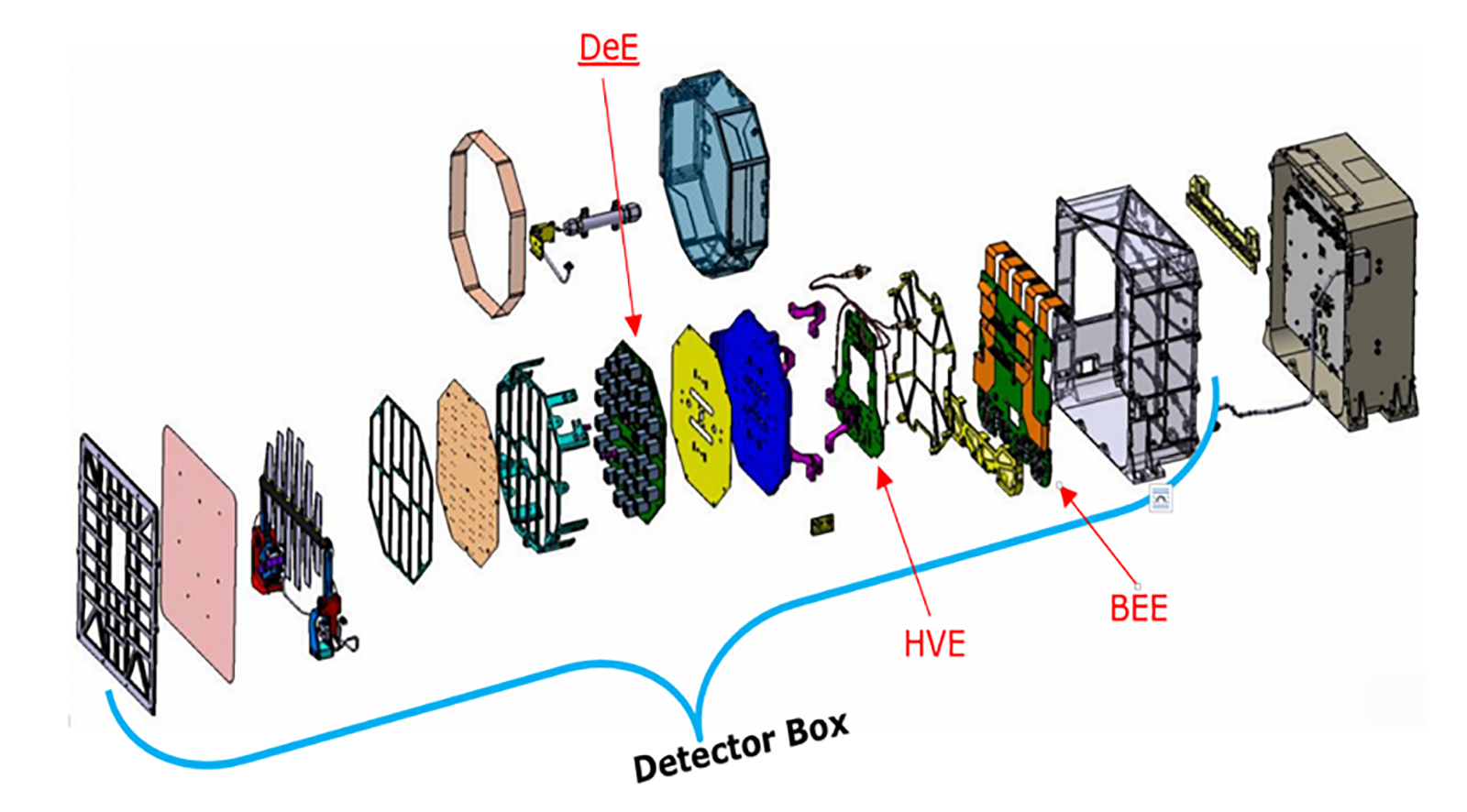 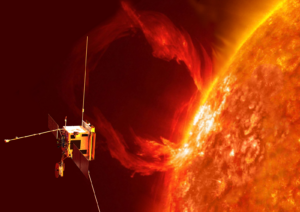 SPICE is a high resolution imaging spectrometer operating at extreme ultraviolet wavelengths that will address the key science goals of Solar Orbiter by providing quantitative knowledge of the physical state and composition of the plasmas in the solar atmosphere, in particular investigating the source regions of outflows and ejection processes which link the solar surface and corona to the heliosphere.

SPICE is designed to study the structure, dynamics and composition of the transition region and corona by observing key emission lines on the solar disk on timescales from seconds to tens of minutes. A key aspect of the SPICE observing capability is the ability to quantify the spatial and temporal signatures of temperature and density tracers to unravel the inter-relationship between the chromosphere, coronal structures, coronal mass ejections, the solar wind and the low corona.

Observing the intensities of selected spectral lines and line profiles of two extreme ultraviolet (EUV) wavelength bands (70.4 – 79.0 nm / 97.3 – 104.9 nm), SPICE will derive temperature, density, flow and composition information of a wide range of plasmas (ionised atoms) formed in the Sun’s atmosphere at temperatures from 10’000 to 10’000’000 Kelvin. 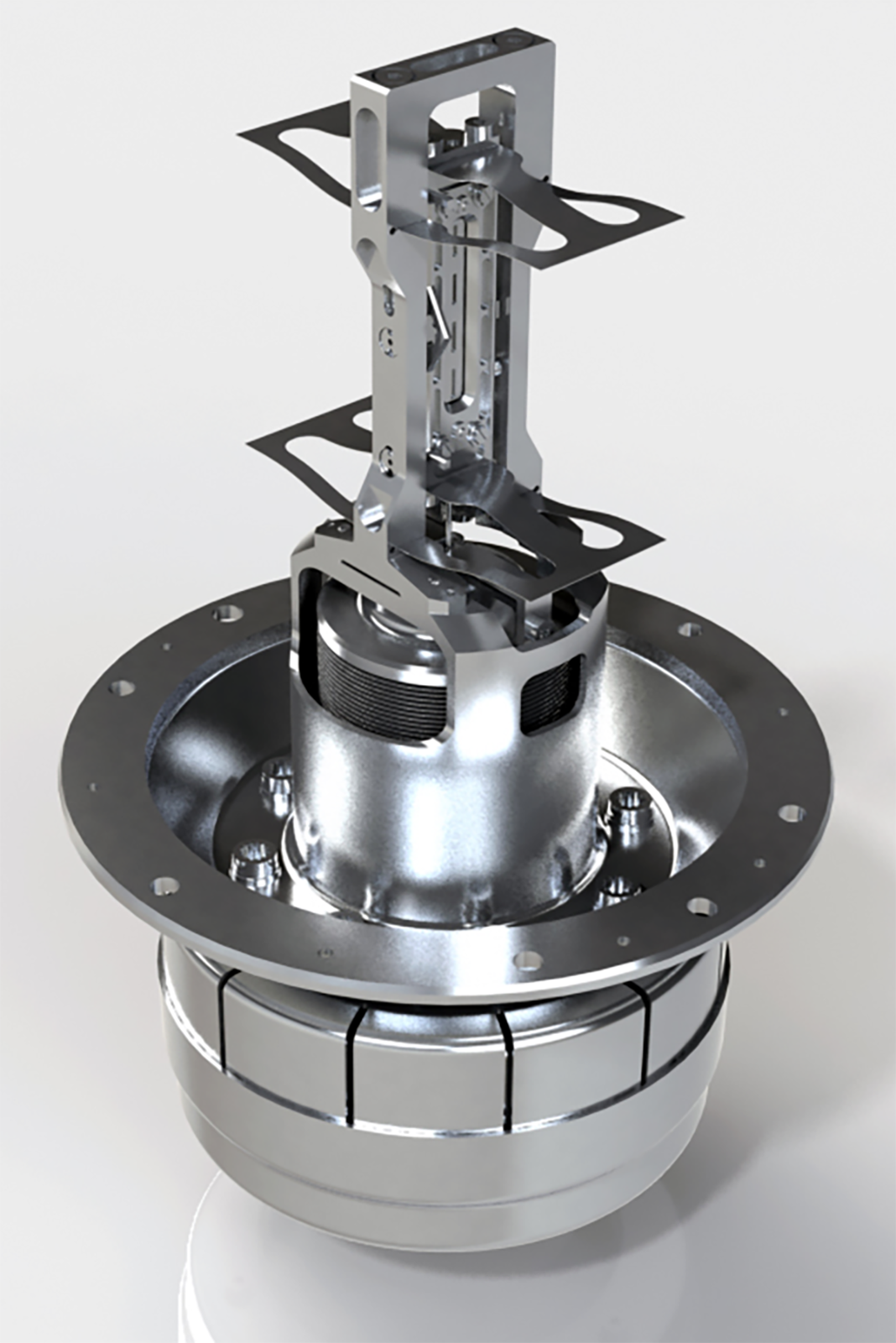 The Slit Change Mechanism located at the heart of the SPICE instrument provides four interchangeable slits of different widths that are necessary for the dispersion of the light from the Sun. The image of the sun formed by the off-axis parabolic mirror is sent to the four slits. Each of the slits selects a portion of the solar image and passes it onto two detector arrays and can be individually selected into the active slit position depending upon the science activities to be conducted. 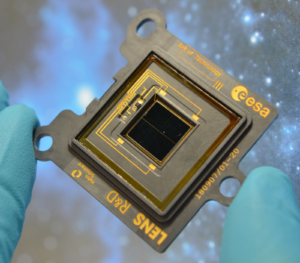 Characterisation of 3D-MID for Space applications

3D-MID Technology (using injection moulded thermoplastics) enables the integration of mechanical, electronic, optical and thermal functions into three-dimensional designs via selective metallisation, offering a high geometric design freedom and supports the miniaturisation of electronic devices. Applications such as position sensors, actuators, switches, and antennas can benefit from the manufacture of complex structures and shapes offering potentially significant savings in space, mass and weight, that cannot be realised with conventional electronic manufacturing methods.

The term MID can also include mechatronic integrated devices taking into account the fact that the three-dimensional carriers do not necessarily have to be injection moulded thermoplastics. Other materials, such as ceramics and thermosets can also be used, allowing the integration of sensors in complex structures or the integration of shielding, cooling and housing for optimal miniaturisation and weight saving. Even thermal functions such as heat dissipation and cooling can be realised using thermal conductive substrate materials and fully metallised surfaces. 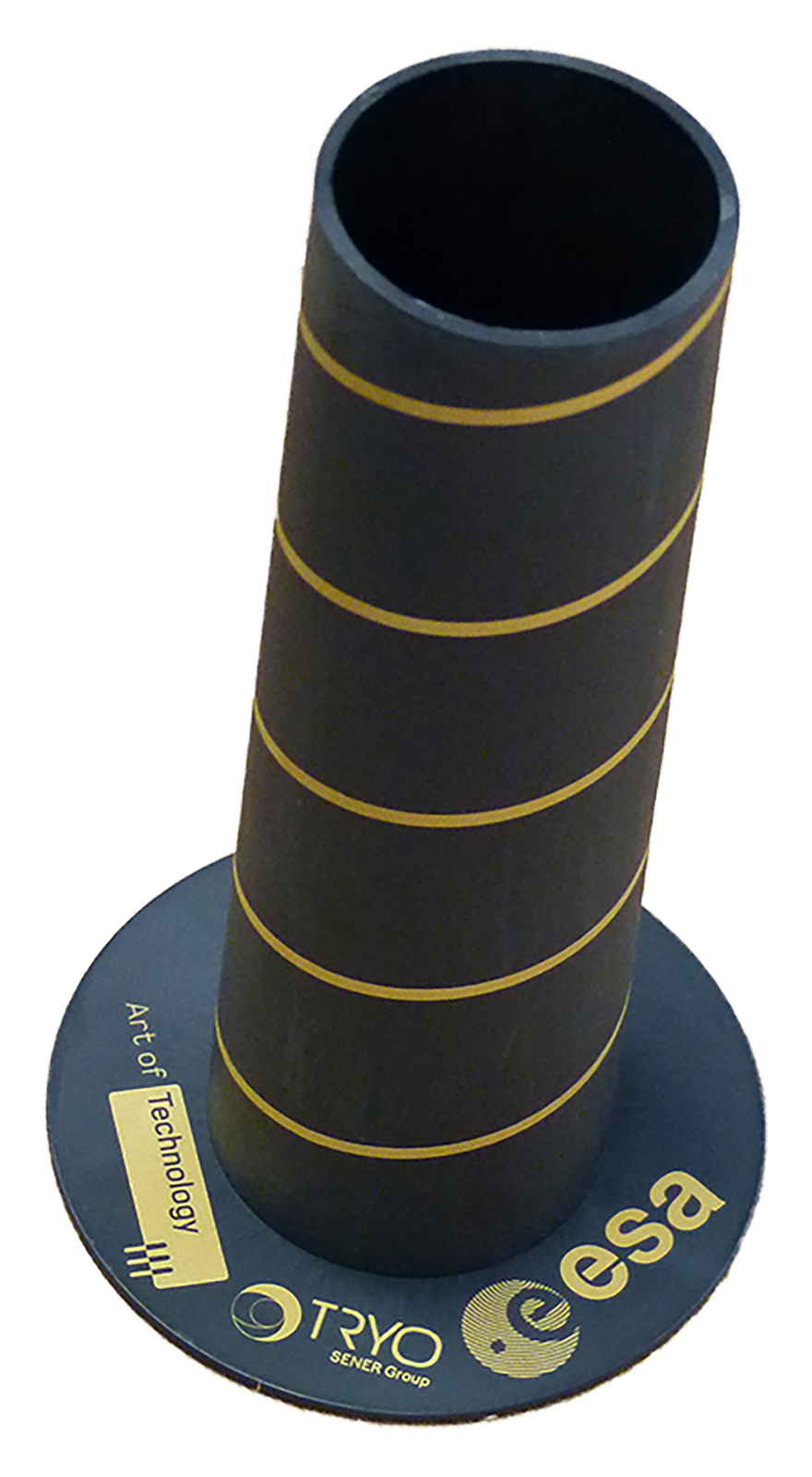 Applications such as position sensors, actuators, switches, and antennas can benefit from the manufacture of complex structures and shapes that cannot be realised by conventional electronic manufacturing methods. The use of 3D-MID technology allows geometric design freedom which combined with selective structuring and metallisation offers a number of potential benefits leading to reduction in overall system costs. 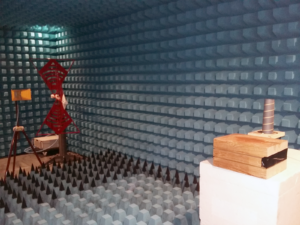 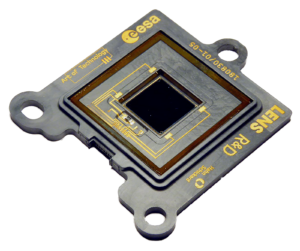 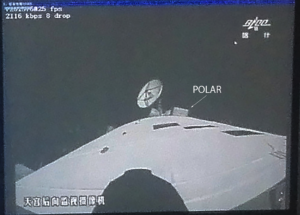 Despite being discovered in 1960 (Vela satellites) Gamma Ray Bursts (GRBs) are still full of mystery and the production mechanism of these very intense explosions in the universe is still unknown. To validate – or exclude – existing models about their creation, a precise measurement of the polarisation of the GRB is essential.

POLAR is a highly sensitive detector using the Compton Scattering Effect to measure the polarisation of incoming photons. With its large FoV (field of view) and a detection energy up to 500 keV POLAR will measure the polarisation of GRB emissions using low Z material Plastic Scintillators, multimode Photomultipliers and multi-channel ASIC Front-end Electronics. POLAR is scheduled for two to three years operation in space during which a large number of GRBs are expected to be measured. 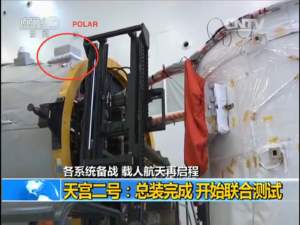 Construction of the POLAR detector was an international collaboration project with contributions from China, France, Poland and Switzerland. The scope of Art of Technology’s duties and responsibilities included the Design and Development of the Low and High Power modules, i.e.:

POLAR was the only non-Chinese experiment onboard Tiangong-2, the Chinese space laboratory intended as an interim test bed for key technologies that was launched from Jiuquan Satellite Launch Center  (JLSC) on 15th September 2016 and then de-commission on 19th July 2019 (as planned).

Our first electronics in space! 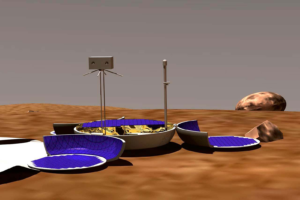 The NETLANDER mission planned to send a network of four identical landers to the surface of Mars to perform simultaneous measurements in order to study the internal structure of Mars, its sub-surface and its atmosphere. To fulfil the mission objectives with respect to the interior, subsurface, atmosphere and ionosphere investigation of MARS, each the 4 landers was to carry a payload composed of nine instruments. The Seismometer Electronics «SEIS-EL» control the legs of the measurement sphere, the internal seismic instruments and a variety of sensors. 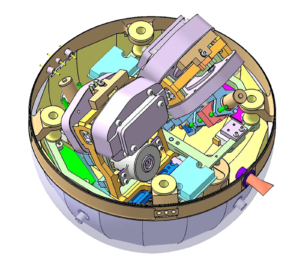 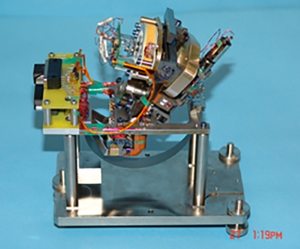 With a mass of the surface modules limited to 22kg, of which only 5.2kg was allowed for scientific instruments, the ultimate goal was to estimate possible mass / volume reductions (and cost) and to provide a recommendation for the most suitable approach and technology. Art of Technology conducted a System Analysis, Feasibility Study and Technology Evaluation of the main and auxiliary controllers and motor drive electronics, including:

Back
Scroll to top

This site uses cookies... by continuing to browse the site, you are agreeing to our use of cookies.

We may request cookies to be set on your device. We use cookies to let us know when you visit our websites, how you interact with us, to enrich your user experience, and to customize your relationship with our website.

Click on the different category headings to find out more. You can also change some of your preferences. Note that blocking some types of cookies may impact your experience on our websites and the services we are able to offer.

These cookies are strictly necessary to provide you with services available through our website and to use some of its features.

Because these cookies are strictly necessary to deliver the website, refusing them will have impact how our site functions. You always can block or delete cookies by changing your browser settings and force blocking all cookies on this website. But this will always prompt you to accept/refuse cookies when revisiting our site.

We fully respect if you want to refuse cookies but to avoid asking you again and again kindly allow us to store a cookie for that. You are free to opt out any time or opt in for other cookies to get a better experience. If you refuse cookies we will remove all set cookies in our domain.

We provide you with a list of stored cookies on your computer in our domain so you can check what we stored. Due to security reasons we are not able to show or modify cookies from other domains. You can check these in your browser security settings.

These cookies collect information that is used either in aggregate form to help us understand how our website is being used or how effective our marketing campaigns are, or to help us customize our website and application for you in order to enhance your experience.

If you do not want that we track your visit to our site you can disable tracking in your browser here:

We also use different external services like Google Webfonts, Google Maps, and external Video providers. Since these providers may collect personal data like your IP address we allow you to block them here. Please be aware that this might heavily reduce the functionality and appearance of our site. Changes will take effect once you reload the page.

The following cookies are also needed - You can choose if you want to allow them: